The art event “Kharakternyk” to take place in Kyiv on Defender of Ukraine Day. 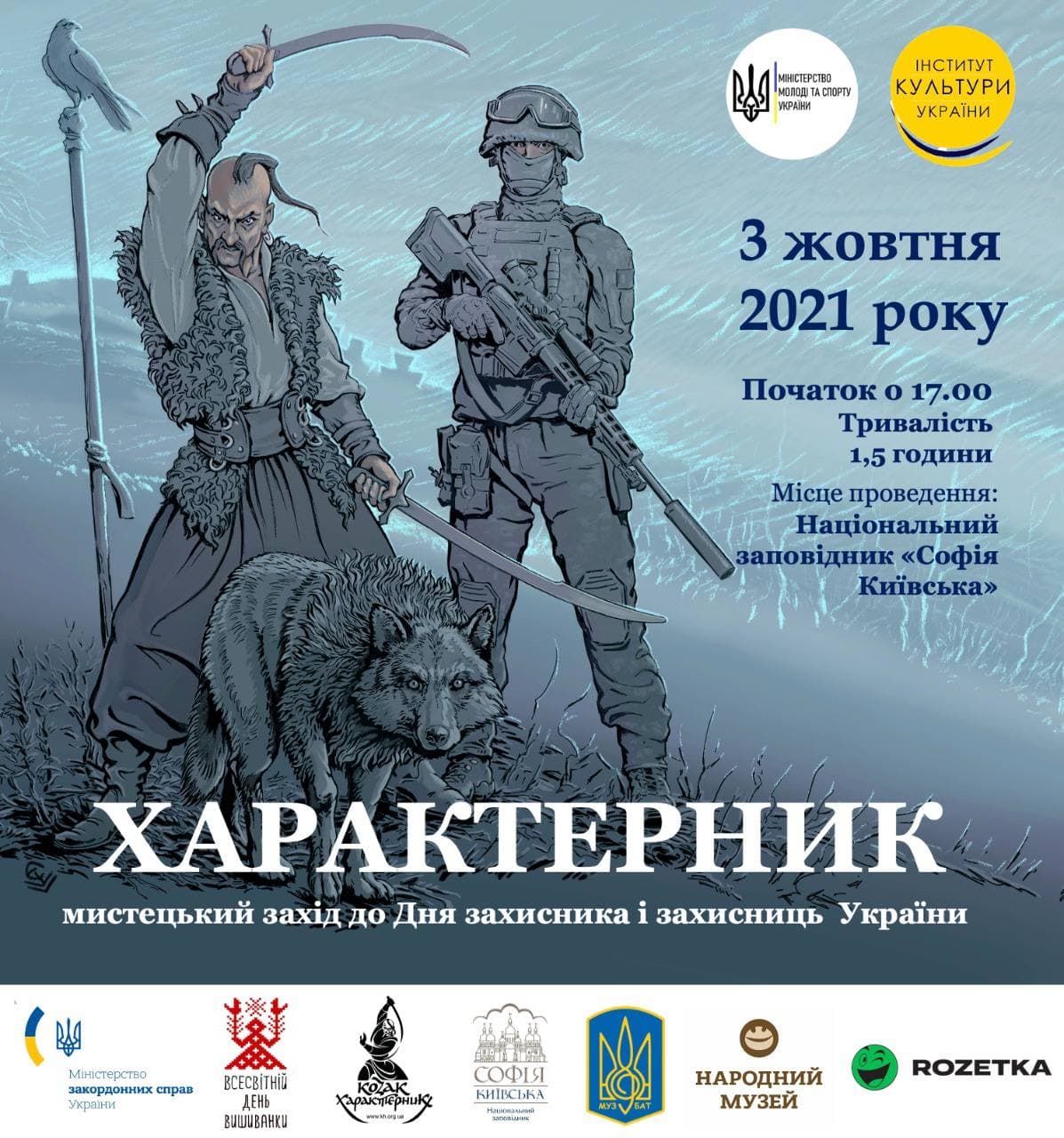 On October 3, 2021 at 5 p.m. on the territory of the National Reserve "Sophia of Kyiv" an artistic multimedia event "Kharakternyk" will take place.

14 warriors from 14 historical regions of Ukraine will take part in the event. Defenders will take part in an ethnic show in ancient embroidered shirts (which are more than 100 years old from the collection of historian Volodymyr Shchybri) and will tell their personal story from the war. We aim to present the military, emphasizing their identical Ukrainian codes, the spirit of characterization.

The event will be accompanied by an animated sandy illusion of elements of characterization:

Bessarabia is a bull

Volyn is a falcon

Carpathians and Transcarpathia - a bear

Dnieper and Zaporozhye - a moose

Polissya is a bumblebee

Tavriya and the Black Sea coast - a bison

The event will immerse you in the history of Ukrainian heroics - from a Cossack to a modern military defender. The military will tell personal stories of victories, defeats, strength of spirit and love.

The author of the idea, the organizer of the event - Maryna Sobotiuk, a researcher of the traditions of Ukrainian culture.

Lesia Voronyuk is the co-organizer of the event, the cultural curator and the founder of the World Embroidery Day.

Musically, the event will accompany by:

At the end of the event, guests will see the dance Bogarkan from the Cossack-Kharakternyk Denis Bogush.

Art and historical exhibitions will also take place during the event.

Event organizers: NGO "Institute of Culture of Ukraine" with the support of the Ministry of Youth and Sports of Ukraine.

Media accreditation: until October 2, at 5 p.m. Seats are limited.